Five different milk thistle potencies and formulations are reviewed to determine which would be most fitting for your liver concerns. 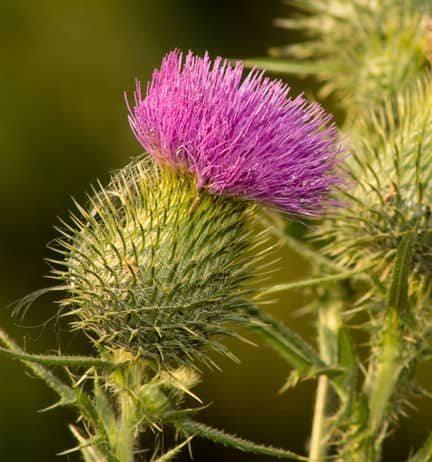 The liver is one of our most dynamic, complex and valuable organs. Those who recognize the importance of keeping this organ healthy are likely drawn to milk thistle – an herb with a long record of safety and efficacy in protecting the liver from harm. There are many possible reasons someone would seek a milk thistle supplement for his or her liver’s wellness – and just as many potential formulas to choose from. To help differentiate between different milk thistle preparations, the following guide will help those with liver concerns choose the formulation that is most appropriate for them.

Hundreds of studies have concluded that silymarin (a potent antioxidant) protects liver cells from damage caused by viruses, toxins, alcohol and certain drugs such as acetaminophen. In order to assure consumers they are receiving a potent distillation of milk thistle seeds, reputable manufacturers generally adhere to producing an herb that is standardized to 80 percent silymarin – meaning that 80 percent of the supplement contains silymarin.

Silymarin can be broken down even further, into three primary flavonoids: silybin, silydianin and silychristin. Medical researchers agree that silybin, which comprises approximately 50 percent of silymarin, is responsible for the majority of milk thistle’s liver-protective qualities.

Increasing quantities of silymarin and/or silybin have continually demonstrated a correspondingly greater beneficial impact on liver wellness; however, milk thistle’s active ingredients are notoriously hard for the body to absorb. For those wanting the most out of their milk thistle supplement, the phytosome® form is preferred. Overcoming the poor bioavailability of milk thistle, phytosome® technology converts silymarin or silybin to a lipid-compatible molecule which can be absorbed directly by the body’s cells. Studies demonstrate that when taken in a phytosome complex, silymarin or silybin is absorbed up to ten times more readily than standardized milk thistle extract.

Milk thistle’s reign as the highest ranking liver supportive herb applies to all of its forms – some are just more potent than others. These five formulas with milk thistle all benefit the liver, but the potency and added ingredients differ – making each supplement ideal for different situations:

Without question, milk thistle wins the liver protection contest. Even though silybin phytosome is the best bet for those in the advanced stages of liver illness, it is not the only way to protect the liver. Those who are not inundated with a severely damaged liver may be able to reap liver health benefits from less potent milk thistle formulations. Individuals who want to protect their liver cells from damage, quell liver inflammation and ease stress on their liver can combine Clinical LiverSupport with silybin phytosome (either Maximum Milk Thistle or Ultrathistle) for a supreme level of liver protection. The different silymarin/silybin potencies and herbal combinations may require a little investigation, but doing so can help determine which milk thistle supplement is right for you and your liver.