Learn how to keep your liver as safe as possible when choosing a pain reliever with chronic liver disease. 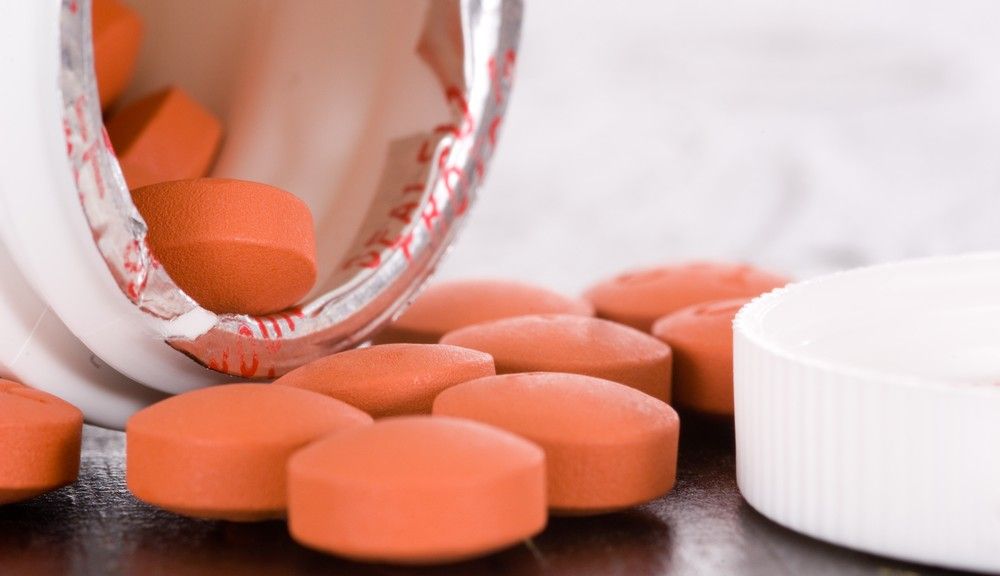 For some people, relieving pain is as simple as taking a few over-the-counter pills. For those with liver disease, pain relief can be a bit more complicated. Just like the food we eat and the beverages we consume, any medications we ingest must be processed by the liver. Regrettably, liver disease can impair drug metabolism – potentially putting the liver in peril when taking pain-relieving medications.

If you’re interested in a natural remedy for relieving chronic aches and pains (as well as headaches and stiff joints) – all without any gastrointestinal upset – consider trying Turmeric 95. It’s standardized to 95% curcuminoids, which is the highest level available of the beneficial ingredient in turmeric. Turmeric 95 offers 20x the absorption, and is the most potent and effective turmeric on the market.

The two main categories of commonly used pain relievers are acetaminophen and non-steroidal anti-inflammatory drugs (NSAIDs), which include aspirin, ibuprofen and drugs known as COX-2 inhibitors.

In 2013, the American Chronic Pain Association stated that although the maximum recommended adult dose for acetaminophen is 4 grams per day (and 3 grams per day in older persons), patients can have asymptomatic elevations in liver enzymes at 2 grams per day of acetaminophen. According to Dr. Melissa Palmer, MD, small doses of acetaminophen, such as one to two 500-mg tablets per 24 hours, can be safer for people with liver disease than some other drugs, such as aspirin.

As long as these acetaminophen dosage guidelines are adhered to, the liver is relatively safe from additional harm. However, the real problem of acetaminophen-related toxicity occurs from unintentional overdose from more than one medication. One of the most widely used drug ingredients, acetaminophen is found in more than 600 prescription and over-the-counter medications, including:

Especially important to those with liver disease, never take more than one product at a time that contains acetaminophen. Always review the “Active Ingredients” section of the “Drug Facts” box on over-the-counter medications, or the label on a prescription, where acetaminophen may be called paracetamol or abbreviated as “APAP” or “acetam.” For example, accidentally taking Tylenol® for back pain at the same time as Robitussin® for a cold could result in an acetaminophen overdose.

A handful of examples of common over-the-counter medications that contain APAP are:

A handful of examples of common prescription medications that contain APAP are:

For those with chronic liver disease, especially with an advanced illness like cirrhosis, pain relievers must be chosen carefully and dosed appropriately. The four items on this checklist will help assure your safety:

As long as a physician authorizes it and the safety guidelines described are adhered to, taking medication for pain relief is not likely to further injure your liver.

http://patients.gi.org/topics/medications-and-the-liver/, Medications and the Liver, Retrieved May 29, 2016, American College of Gastroenterology, 2016.

http://www.health.harvard.edu/pain/12-things-you-should-know-about-pain-relievers, 11 Things You Should Know About Common Pain Relievers, Retrieved May 29, 2016, Harvard University, 2016.

http://www.ncbi.nlm.nih.gov/pmc/articles/PMC4250965/, The Therapeutic Use of Analgesics in Patients With Liver Cirrhosis: A Literature Review and Evidence-Based Recommendations, F. Imani, et al, Retrieved May 29, 2016, Hepatitis Monthly, October 2014.

http://www.painmed.org/patientcenter/facts_on_pain.aspx, AAPM Facts and Figures on Pain, Retrieved May 29, 2016, The American Academy of Pain Medicine, 2016.

http://www.practicalpainmanagement.com/treatments/pharmacological/non-opioids/safe-usage-analgesics-patients-chronic-liver-disease-review, Safe Usage of Analgesics in Patients with Chronic Liver Disease: A Review of the Literature, May 29, 2016, Vertical Health, LLC, 2016.