Learn how N-acetyl cysteine helps protect your liver from oxidation – especially when it is paired with another common antioxidant. 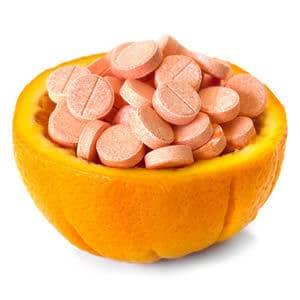 N-acetyl cysteine (NAC) is an antioxidant that has a lot to offer anyone with a damaged liver. Although it is commonly available as an over-the-counter supplement, NAC is also used in western medicine. An antidote for liver toxicity caused by an acetaminophen overdose, NAC’s power is irrefutable. Despite its efficacy and availability, there is a potential side effect of NAC. Believed to contribute to kidney stone development when taken over extended periods of time, those who are prone to kidney stones have reason to be weary of this supplement. Luckily, there is a safe, simple and affordable approach to eliminate NAC’s kidney stone risk.

Cellular oxidation is the natural process where free radicals attack nearby substances and break them down. Because they can safely bind with free radicals, antioxidants are capable of terminating a destructive rampage before cellular damage is caused. Thus, many health professionals suggest that their patients with chronic liver disease take supplements and foods rich in antioxidants to help prevent their existing liver cells from deteriorating.

Protecting yourself against free radical damage is regarded as one of the most important aspects of managing chronic liver disease. Antioxidants are abundant in darkly colored fruit and vegetables, but produce may be an inadequate source for combating the oxidation that threatens an already challenged liver.

NAC – The Good and the Bad

N-acetyl cysteine is the stable form of the amino acid, cysteine – an antioxidant that is commonly found in food and synthesized by the liver. NAC helps the body synthesize glutathione, the body’s master antioxidant. Since it is a glutathione precursor, NAC protects the liver from the damaging effects of toxins – a function that can prevent chronic liver disease from advancing to a more severe illness. NAC is the preferred form because it raises glutathione levels better than taking supplemental glutathione.

Interestingly, another common antioxidant can prevent the oxidation of glutathione. Vitamin C, also known as ascorbic acid, will help prevent glutathione from becoming oxidized and potentially leading to kidney stones. According to Vitamin C researcher Mark Moyad, MD, MPH, of the University of Michigan, “Vitamin C has received a great deal of attention, and with good reason. Higher blood levels of Vitamin C may be the ideal nutrition marker for overall health.”

In addition to eating fruits and vegetables packed with Vitamin C, Moyad suggests taking 500 milligrams (mg) a day. To prevent the only real caution of taking such a substantial dose of Vitamin C, experts suggest taking a non-acidic, buffered form of Vitamin C to avoid stomach irritation. Although excess amounts of ascorbic acid are excreted, experts suggest staying below 2,000 mg per day to avert stomach upset and diarrhea. When it comes to preventing the oxidation of NAC, healthcare practitioners typically suggest simultaneously taking at least 500 mg and up to 1,500 mg of Vitamin C.

If you have chronic liver disease, don’t let the threat of kidney stones dissuade you from supplementing with NAC. Remember that N-acetyl cysteine is a potent enough liver protector to be used by physicians during acetaminophen toxicity – a potentially lethal situation. Especially important to include in your NAC routine if you are prone to kidney stones, pairing Vitamin C with this glutathione precursor offers an extra level of protection against free radicals.