Some people may think that checking on poop color is gross, but poop color could be a warning sign of poor liver health. 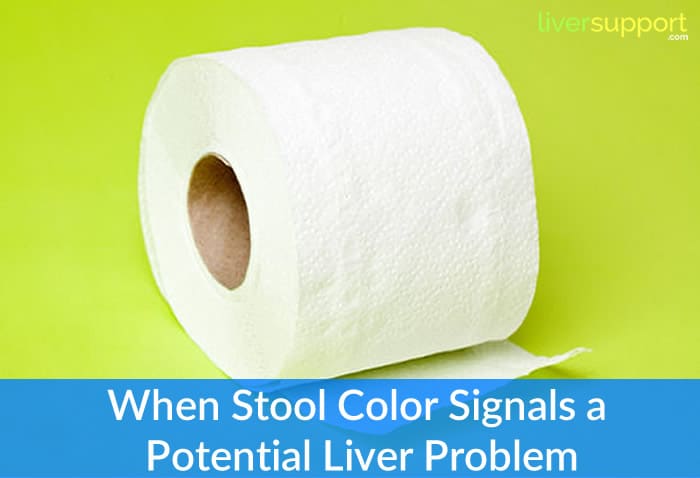 Many civilized folk tend to avoid potty talk, regarding bodily functions as inappropriate topics for discussion. Regrettably, our discomfort in discussing bowel movements leads to a lack of knowledge on the subject, rendering many individuals unsure of what their stool’s appearance implies. People who are brave enough to peek in the bowl after elimination could learn a lot from what they are leaving behind – including several possible indicators of subpar liver health.

According to Yale gastroenterologist Anish Sheth, MD, the author of What’s Your Poo Telling You?, “what comes out tells you a lot about what’s going on inside.” Although there are several different factors determining what stool looks like, color is one of the most important indicators of an imbalance somewhere in the body. Ideally, a healthy bowel movement should be a medium brown color; however, a different hue or color does not necessarily indicate a problem.

Since feces’ color will naturally change with a varied diet, there is no need to panic when the color appears to be different. Instead, awareness of stool hue can help people recognize when a new color occurs frequently.

As an organ with so many responsibilities ranging from chemical production, digestive assistant, cholesterol manufacturing and detoxification, the liver can shed hints of its wellness in a bowel movement.

When lasting for more than several evacuations, the following colors can be a sign of a potential liver imbalance:

Every bowel movement color listed above can be a passing, temporary, inconsequential occurrence. Regardless, if an abnormal palette persists for more than a day or two, keep a record of your stool’s hue and take it to your doctor. Although few consider bowel movement color to be a red flag of liver disease in and of itself, being aware of a persistent color change can be one of the first indications that your liver health should be evaluated by your physician.