Did you know that not getting enough oxygen into your lungs at night can exacerbate non-alcoholic fatty liver disease? 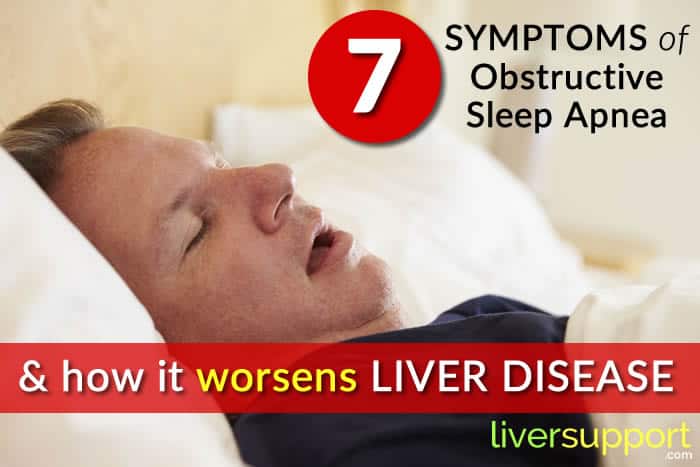 Obstructive sleep apnea (OSA) describes the condition of a sleeper’s airway collapsing, causing breathing to stop and then restart abruptly. The repeated interruptions in breathing throughout the night cause low blood oxygen levels, known as hypoxia, and have been linked to heart disease and stroke. OSA is the most common form of sleep apnea and occurs when the muscles in the back of the throat relax.

People who are obese have four times the risk of sleep apnea than those of a normal weight. Fat deposits around the upper airway may contribute to breathing obstruction. However, not everyone who has sleep apnea is overweight. Other risk factors include having a large neck circumference, a narrow airway, family history of OSA, use of alcohol, sedatives or tranquilizers, smoking and nasal congestion.

Mild cases of sleep apnea typically warrant lifestyle changes such as weight loss and smoking cessation. Other treatments can range from medications for nasal allergies, to a sleep-time mask that delivers air pressure, to surgical intervention.

Non-alcoholic fatty liver disease (NAFLD) describes the accumulation of fat in the liver of people who drink little to no alcohol. In some people, the accumulated fat causes inflammation and scarring in the liver, resulting in a more serious form of the disease called non-alcoholic steatohepatitis (NASH).

Rates of non-alcoholic fatty liver disease are skyrocketing, with an estimated 30 to 40 percent of American adults and nearly 10 percent of children impacted. NAFLD is associated with obesity, insulin resistance and Type 2 diabetes. The early stages of NAFLD do not pose any major health threats, but progression to NASH can lead to severe liver fibrosis, cirrhosis and liver cancer.

The Connection Between NAFLD and OSA

A growing number of studies are demonstrating a link between sleep apnea and the worsening of liver disease – especially NAFLD. Obstructive sleep apnea hampers the amount of oxygen that reaches the bloodstream during the night. This low blood oxygen level results in oxidative stress. Researchers suspect that oxidative stress at night – when the majority of cellular restoration occurs – is the primary culprit in liver disease progression.

Though the mechanism has not yet been proven, doctors suspect that the loss of oxygen from sleep apnea is the primary culprit for liver injury. Low oxygen levels increase chronic inflammation, which worsens fatty liver disease. The data from these studies show that impairment of breathing during nighttime is a trigger of oxidative stress – which promotes the progression of non-alcoholic fatty liver disease. These individuals have a greater imbalance between the production of free radicals and their body’s ability to counteract their harmful effects than subjects without OSA and low oxygen.

There is no singular solution for the problems associated with obesity, obstructive sleep apnea and non-alcoholic fatty liver disease. However, strategies that help people maintain or achieve an ideal weight, improve nighttime oxygen levels in those with OSA and minimize oxidative stress help ease this multi-faceted problem.