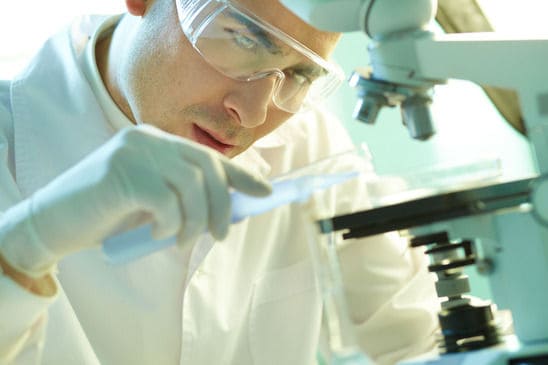 A potentially serious condition that can be dangerous if not addressed early enough, fatty liver disease is an extremely prevalent and menacing health concern. Affecting an estimated one-third of American adults, the medical community is aware of the desperate need for fatty liver disease treatment. Although medication capable of treating a fatty liver is still in its conceptual stages, Florida researchers have developed a promising compound that could reverse fatty liver disease damage.

Having some fat in the liver is normal, but fat should constitute less than 10 percent of the liver’s total weight. If fat makes up more than 10 percent of the liver’s weight, fatty liver disease is likely. Although those who drink alcohol are especially vulnerable to fat accumulating in their liver, non-drinkers are also susceptible. Accordingly, there are two types of fatty liver disease:

At this time, there is no specific treatment for fatty liver disease. Even though a pharmaceutical solution does not yet exist, getting treatment for any underlying disease, such as alcoholism or diabetes, is an important step towards improving (or even reversing) a fatty liver. For example, quitting drinking alcohol is absolutely necessary to prevent further liver damage in someone with alcoholic liver disease, and losing weight gradually is continually shown to be crucial for those who are overweight or obese in reversing steatosis or even NASH.

Clinical trials are currently looking at the effectiveness of certain antioxidants and newer diabetes medications in treating fatty liver disease. Some of the substances being tested for this purpose include:

Nonetheless, we are still without a solid therapeutic approach for the growing problem of fatty liver disease.

In an effort to produce a pharmacologic therapy capable of reversing a fatty liver, scientists from the Florida campus of The Scripps Research Institute sought to develop such a compound. As reported in December of 2012, these scientists appear to be on a promising track.

Under the lead of researcher and Scripps professor Thomas Burris, the synthetic compound recently developed is the first to effectively suppress fat production in the liver, eliminating inflammation and reversing fat accumulation in animal models. Referred to as SR9238, this new compound also appears to dramatically lower total cholesterol levels. Designed so that it would be quickly metabolized in the liver to minimize migration of the drug into the bloodstream, SR9238 also was observed to reduce the enzyme responsible for producing cholesterol (3-Hydroxy-3-methylglutaryl coenzyme A Reductase) by 80 percent. This is the same enzyme targeted by statin medications.

According to Burris, “We’ve been working on a pair of natural proteins called LXRÎ± and LXRÎ² that stimulate fat production in the liver, and we thought our compound might be able to successfully suppress this process. Once the animals were put on the drug, we were able to reverse the disease after a single month with no adverse side effects – while they ate a high-fat diet.”

Although no physician would ever advise a person with fatty liver disease to adhere to a high-fat diet, these results from The Scripps Research Institute are exciting. Undoubtedly, the next step is to evaluate the safety and effectiveness of this selective synthetic LXR inverse agonist (SR9238) in humans.

Until a substance like SR9238 is deemed safe and effective for people with fatty liver disease, NAFLD is likely to remain the most common cause of chronic liver disease in the U.S. Aiming for prevention and treating any underlying causes or aggravating factors are the primary strategies for dealing with fatty liver disease, but research like the new Scripps study offers another layer of hope for reducing the enormous burden of NAFLD.