Innovative research from UCLA could lead to a therapeutic approach for preventing liver disease progression. 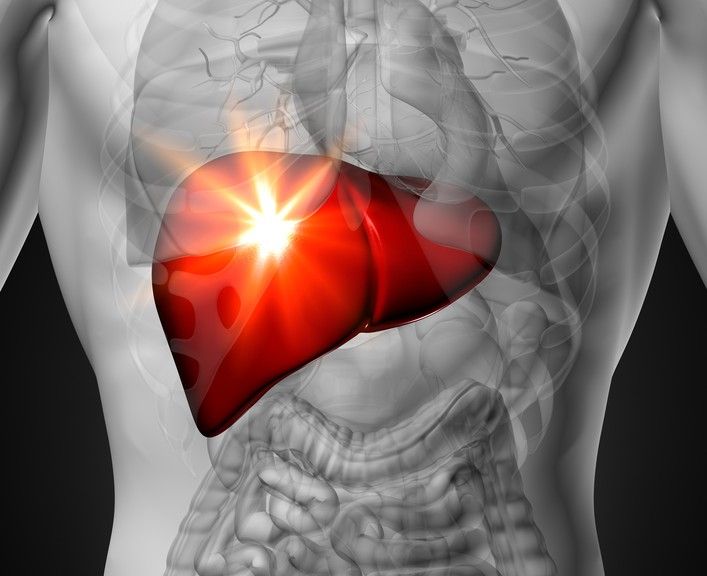 According to the American Liver Foundation, more than 25 million Americans are afflicted with liver disease. Equivalent to about one in every 12 people, those with liver disease have a continual battle raging in their liver that is capable of causing injury to this important organ. While no currently approved therapy to prevent liver cell injury exists yet, new research from UCLA delivers a burst of hope. Focusing on a little known receptor in the liver, this research has opened up an entirely new field of study for tackling fibrosis – the accumulation of injured liver cells.

About Fibrosis
All chronic liver diseases can create inflammation capable of causing liver cell injury, which may then cause scarring. The accumulation of scar tissue worsens the prognosis of liver disease. In response to liver injury in those with liver disease, the following events occur:

•    Scar tissue is laid down to protect the injured tissue from further damage while it heals.

•    This accumulation of scar tissue can eventually lead to cirrhosis, the irreversible replacement of liver cells with non-functioning, fibrous tissue. Cirrhosis is a major cause of premature death and is incurable without a liver transplant.

According to the Merck Manual, fibrosis is an accumulation of fibrous tissue in the liver resulting from an imbalance between production and degradation of the extracellular matrix, and accentuated by the collapse and condensation of preexisting fibers. In more general terms, fibrosis is the hardening of liver tissue, occurring when the liver is impaired and, thus, unable to break down fibrous material.

According to Professor of Molecular Cell Biology at Southampton University, Derek Mann, a specialized liver cell, the hepatic stellate cell, is mostly responsible for liver fibrosis. According to Mann, “Hepatic stellate cells normally provide the storage site for vitamin A. However, in response to injury they undergo a remarkable transition to become wound-healing myofibroblasts which, amongst other functions, produce scar proteins or collagen, as seen in cirrhosis.”

New Angle for Curbing Fibrosis
UCLA researchers have demonstrated that a key regulator of cholesterol and fat metabolism in the liver also plays an important role in the development of liver fibrosis. As published in the March 2011 edition of the journal Gastroenterology, the study demonstrated that liver X receptors (LXRs), master regulators of cholesterol, fat and inflammatory gene expression, also control the fibrosis-making cells of the liver, the hepatic stellate cells.

It appears that when stimulated, LXRs, activate several hundred genes that hold instructions to create proteins for carrying out bodily processes in cells, including:

•    synthesizing fat in the liver

According to lead author Dr. Simon Beaven, an assistant professor of digestive diseases at the David Geffen School of Medicine at UCLA, “A ‘holy grail’ for liver researchers is to develop anti-fibrotic treatments that target activated stellate cells in order to slow or prevent the development of cirrhosis. Our study offers the first detailed look at how LXRs specifically impact the activation of hepatic stellate cells and the subsequent development of liver fibrosis in animal models.”

Utilizing several different models, Beaven’s study showed a definite relationship between LXR deficiency and suppression with increased fibrosis. As such, the activation of liver X receptors holds a great deal of interest to liver researchers. With further research and analysis, LXR activation could be the future of liver fibrosis treatment.