Don’t depend on the FDA for your safety. Know which synthetic food dyes may be harmful to your liver. 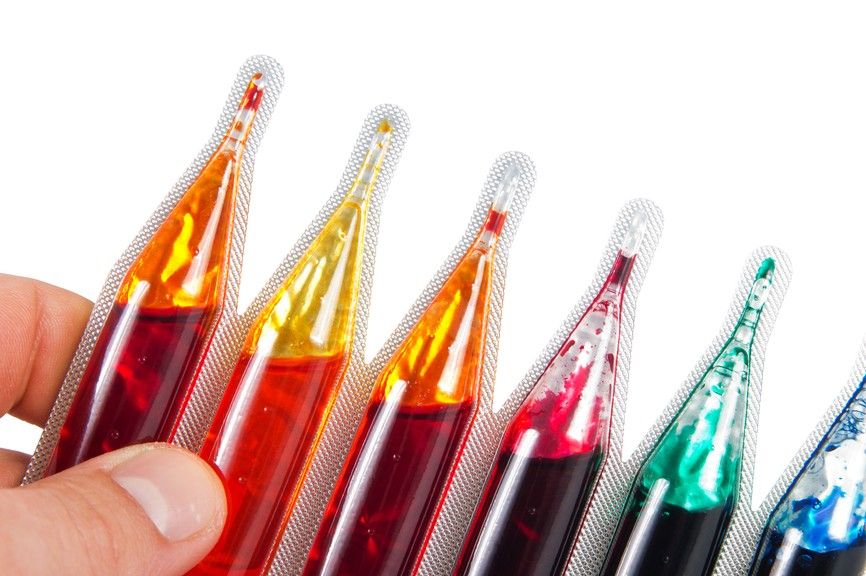 Many of today’s food and beverages represent a striking color of the rainbow, raising their aesthetic appeal. Frequently, manufacturers resort to color additives to achieve the desired, appetizing hue. The U.S. Food and Drug Administration (FDA) is tasked with overseeing the safety and appropriate use of food color additives, but may fall short in protecting the long term wellness of those with a challenged liver.

A color additive is any dye, pigment or other substance that can impart color to a food, drug or cosmetic to the human body. Food color additives can be natural or synthetic. Despite the variety of natural options (beet juice, turmeric, hibiscus flower, chlorophyll, blueberry juice, red cabbage extract, etc.), 95 percent of the food dyes used today are synthetic because they are produced easily, cheaper and provide better and longer lasting coloration.

All nine of these synthetic food colorants are approved for use in the U.S., but two have specific restrictions: Orange B and Citrus Red #2. Orange B is restricted to the casings or surfaces of frankfurters and sausages and Citrus Red #2 is used to enhance the color of skins of oranges. The remaining seven colors all begin with the designation FD&C, indicating their safety for use in Food, Drugs and Cosmetics. With the FD&C prefix, it would be easy to assume these additives are innocuous. Unfortunately, this assumption is far from accurate.

In 2010, The Center for Science in the Public Interest (CSPI) published a comprehensive report called “Food Dyes: A Rainbow of Risks,” which addresses the risks of each of the nine synthetic food colors. Although the report doesn’t focus on the liver, it reveals that common food dyes pose tangible risks for cancer, hyperactivity in children, neurotoxicity and allergies. Each of the food color additives carries is own set of health warnings, but three involve liver-related risks.

In addition to the CSPI report, a relatively recent study published in the January-April 2014 edition of the journal Toxicology International warns those with liver concerns against consuming products with food dye blends. In this relatively recent study, Indian researchers evaluated the toxic effect of blending some food colors on animal subjects. They found that a blend of FD&C Yellow #6, FD&C Yellow #5 and Metanil yellow (a coloring used widely in Indian sweets) showed additive, negative effects on liver health. This phenomenon is frequently seen in human physiology, where the sum of a chemical’s effects is greater than its parts. These researchers determined that the addition of these three dyes together in food may give rise to more toxic effects than are produced by each dye individually.

Even though the U.S. has permitted food companies to use synthetic food coloring, it does not mean that these chemicals are safe. Especially when consumed in large quantities, in combinations or by someone who has a chronic illness, food dyes can be harmful. As such, avoiding fake, vibrantly colored food and drink is a smart health decision. For those who have liver health concerns, making sure you don’t consume Citrus Red #2, FD&C Green #3 and FD&C Yellow #6 is one more way to protect the liver from unnecessary risk.

http://www.fda.gov/ForIndustry/ColorAdditives/ColorAdditiveInventories/ucm115641.htm, Summary of Color Additives for Use in the United States in Foods, Drugs, Cosmetics, and Medical Devices, Retrieved January 15, 2015, US Food and Drug Administration, 2015.