This common, spicy root can reduce fat in the liver and deflect liver damage. 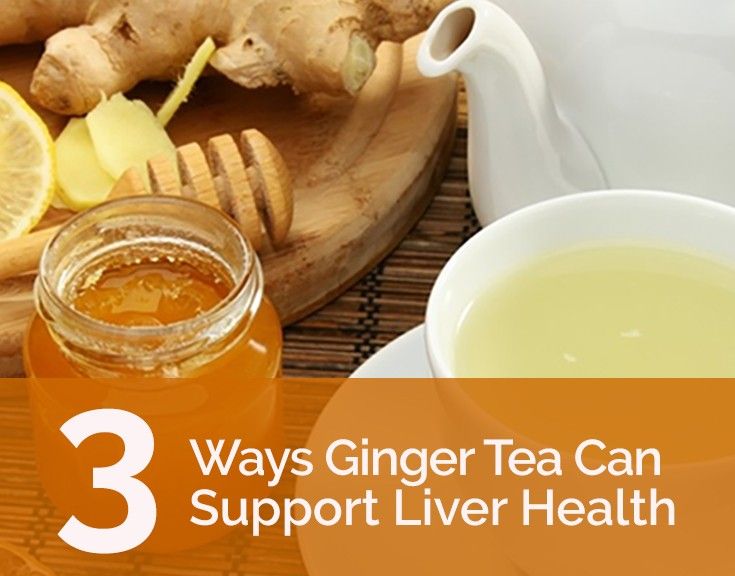 Brewing a cup of ginger root tea is a simple, inexpensive practice that imparts a substantial health benefit to the liver. Of particular value to those with excessive fat in the liver, ginger possesses several therapeutic qualities that can prevent or even reverse fatty liver disease.

Easy to locate in the produce section of most supermarkets in the U.S., ginger root is one of the most favored spices in the world. Grown throughout most tropical and subtropical regions, ginger is the underground root of the plant Zingiber officinale. Ginger owes its unique sweet and spicy flavor and aroma to several different essential oils:

Considered to be a valuable herb in several types of traditional medicines, ginger is used for:

The liver is an extremely underrated organ. We cannot live without our liver. The liver performs hundreds of vital functions, with some of the most important including:

Liver disease progressively damages liver cells, which impedes all of these functions. Even if a person does not have liver disease, exposure to harmful toxins or excessive fat accumulation can injure liver cells. A healthy liver can typically regenerate new cells to replace damaged ones. However, damage from continual toxin or fat exposure can outpace the liver’s ability to regenerate – and liver scarring (fibrosis) can result.

A daily cup of ginger root tea offers liver health benefits. Ginger’s spicy taste is indicative of its thermogenic properties, which improve blood circulation and the delivery of oxygen, minerals and vitamins to all cells in the body. In addition, ginger root naturally has a high antioxidant content, which reduces cellular damage.

Brewing ginger root tea can be done in 3 simple steps:

Although ginger root is considered extremely safe, it is not for everyone. Certain sensitive individuals may experience side effects such as heartburn, diarrhea and mouth irritation. In addition, those with a bleeding disorder or anyone taking blood thinners, diabetes medications or high blood pressure medications are advised to discuss daily ginger tea consumption with their physician.

http://www.livestrong.com/article/481099-what-are-the-health-benefits-of-ginger-for-the-liver/, What Are the Health Benefits of Ginger for the Liver?, Tracey Roizman, DC, Retrieved March 6, 2016, Demand Media, Inc., 2016.