A fat used in baking and sautéing, coconut oil may harbor some exciting protective effects for the liver. 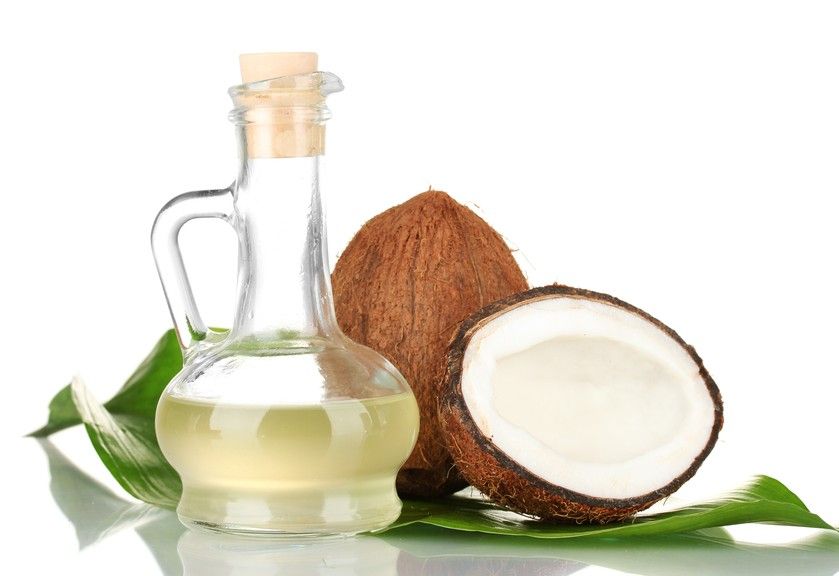 Media coverage of coconut oil’s health benefits seems to be emerging at an increasing rate. Once ignored in the health arena because it is a saturated fat, research over the past several years has changed our perspective of coconut oil. Used both orally and topically, coconut oil has been found to improve the skin, cholesterol, immune, dental and metabolic health. Adding to the hype around this solid-at-room-temperature lipid, coconut oil has recently demonstrated an ability to help keep the liver healthy.

What Is Coconut Oil?

Grown in coconut palm trees, coconuts are a staple in tropical climates. While practical uses have evolved for every part of the coconut, coconut oil is derived from the coconut’s meat. When having a discussion about coconut oil, it is important to distinguish between the two main types of coconut oil:

Refined coconut oil may be partially hydrogenated. Hydrogenation is the process of heating oil and passing hydrogen bubbles through it to increase the oil’s density. Partial hydrogenation creates trans fats, which are known contributors to high cholesterol and they raise heart disease risk. Partial hydrogenation also destroys many of the good fatty acids, antioxidants and other positive components present in virgin coconut oil.

Coconut oil is also higher than other fats in lauric acid. Lauric acid may play a role in the oil’s effect of raising blood levels of HDL cholesterol, the type of cholesterol that is good for your heart.

Coconut Oil and the Liver

Various claims have been made for the benefits of pure, virgin, coconut oil; but liver health is a relatively new contender. Experts believe the presence of medium-chain fatty acids helps prevent liver disease because they are easily converted into energy when they reach the liver. This benefits the liver in two ways:

In addition, coconut oil has been documented to have antiviral, antibacterial and antifungal properties. Some scholars suspect that coconut oil’s antimicrobial abilities helps destroy microbes and minimizes free radical formation in the liver. The deficiency of reproducible, double blind, human studies on virgin coconut oil’s benefits to the liver prevents it from being a mainstream recommendation. Nonetheless, the evidence is slowly building:

The information supporting coconut oil for liver health is weighed down by the fact that it is a saturated fat – a known contributor to heart disease. There is credible evidence suggesting that the link between saturated fats and heart disease may not be as strong as we had previously thought, but the USDA Dietary Guidelines continue to suggest avoiding saturated fats, including tropical oils like coconut.

There is certainly controversy, with health professionals disagreeing over the potential positive and negative effects of coconut oil’s medium-chain fatty acids. Even so, most agree that as long as it is used in moderation, coconut oil is a terrific cooking medium. According to the New York University Langone Medical Center, people can safely substitute coconut oil for up to 50 percent of their dietary fat. Despite this claim, it is important to include other types of fats in your diet because medium-chain fatty acids do not contain essential fatty acids that are necessary for good health.

As long as it is consumed in moderation, coconut oil is quite safe. Of course, this does not include those who are allergic to coconut. In addition, some people report nausea and gastric discomfort when first introduced to coconut oil.

Besides being a wonderful medium to cook with, pure, virgin coconut oil is steadily proving itself to be a superior fat. Because coconut oil can protect the liver from toxins and fat accumulation, it is a particularly valuable kitchen staple for those concerned with their liver’s well being.