Likely a consequence of small intestine bacterial overgrowth, many people with chronic liver disease may have difficulty digesting dairy. 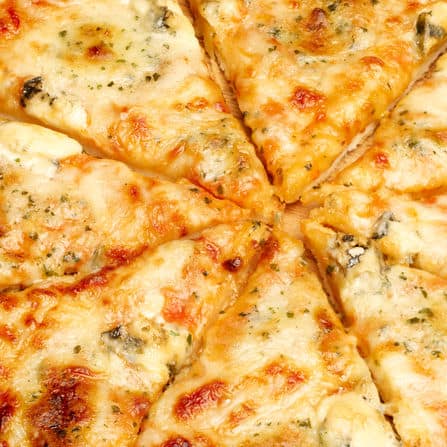 We all seem to know someone who avoids eating ice cream and cheese due to lactose intolerance. However, many with liver disease unknowingly fall into the same category. Because those with liver disease (especially cirrhosis) are more susceptible to small intestine bacterial overgrowth than those with a healthy liver, they are also more likely to experience the symptoms of lactose intolerance.

Lactose intolerance is when the body can’t easily digest lactose, a natural sugar found in milk and dairy products. Lactase is an enzyme normally produced in the small intestine and it is necessary to digest lactose. Without enough lactase, lactose moves through the large intestine without being properly digested. Symptoms of undigested lactose usually include:

The prevalence of lactose intolerance is lowest in populations with a long history of dependence on unfermented milk products as an important food source. For example, only about 5 percent of people of Northern European descent are lactose intolerant.

The entire gastrointestinal tract, including the small intestine, normally contains bacteria. SIBO occurs when abnormally large numbers of bacteria are present in the small intestine. SIBO causes symptoms similar to the signs of lactose intolerance: flatulence, bloating, abdominal pain and diarrhea or constipation.

One of the known consequences of a bacterial overgrowth in the small intestine is a reduction in the production of lactase. As such, SIBO and lactose intolerance frequently coexist.

A growing number of clinicians are recognizing that liver disease may increase SIBO risk, which subsequently increases the likelihood of lactose intolerance. The association has been noted in several medical journals:

Although there are various therapeutic approaches to helping restore gut balance in those with SIBO, there are two solutions to help those with lactose intolerance:

Despite its frequency, many with a chronic liver disease may not realize that their digestive discomfort could be related to SIBO and/or lactose intolerance. Learning about the role bacteria plays in the small intestine’s health and the small intestine’s responsibility to produce enzymes that break down our food will fuel awareness of digestive health. In addition, people with cirrhosis or nonalcoholic steatohepatitis may find that eliminating dairy products or taking a lactase enzyme supplement helps relieve their flatulence, abdominal pain, bloating, diarrhea and/or nausea.