Even after being diagnosed, many people with liver disease remain faithful smokers. Learn exactly how smoking cigarettes affects an already compromised liver. 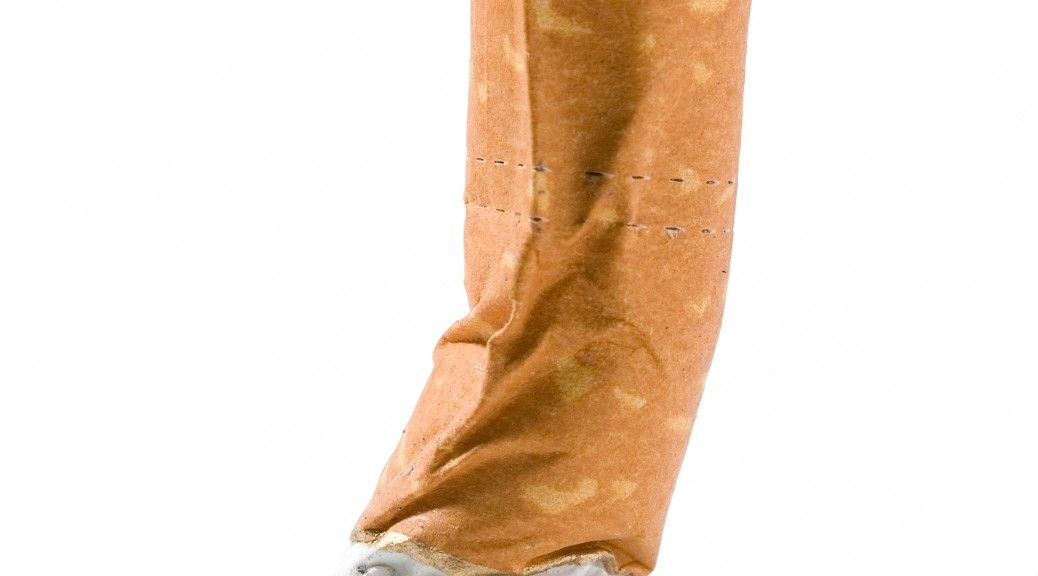 When initially diagnosed with liver disease, most doctors will advise cigarette smoking elimination along with a host of other lifestyle change suggestions. For a committed smoker, this urging is easy to bypass. After all, people have been touting smoking cessation for years, claiming it causes every disease in the book. Besides, we all have our vices, right?

Addiction specialists typically compare quitting smoking cigarettes as comparable to, or more difficult than, breaking a heroin habit. Overcoming a smoking addiction requires an enormous amount of will, support and faith. It’s no surprise that a simple physician suggestion, “You really should quit smoking,” rarely does the trick. Sometimes a dose of hard, straight facts becomes the pivot point for undergoing a big lifestyle change such as quitting smoking.

Since the parts of our body function together and no one organ is an independent entity, cigarette smoking adversely affects much more than the lungs. The liver’s role in handling the effects of cigarette smoke is significant.

Toxin Removal
One of the liver’s primary responsibilities is removing toxins from our bloodstream. This organ filters our blood, separating out substances we need to sustain all of our body’s life-giving functions. The more toxins needing to be filtered, the more the liver gets congested, and the less efficient the liver is at performing this duty.

When functioning with disease, the liver has even less of itself available to filter toxins. Characteristic of end-stage liver disease is permanent scarring of liver tissue, known as cirrhosis. Cirrhosis not only prohibits the liver’s regenerative ability, but also decreases its ability to filter toxins. When required to process the abundance of toxic chemicals present in cigarette smoke with the limited surface area of a cirrhotic liver, liver disease advances.

Blood Fat
Nicotine, the active and addictive ingredient in tobacco, is a cardiovascular and central nervous system stimulant. Nicotine causes blood vessels to constrict, raises blood pressure by stimulating the heart, and raises the levels of fat in the blood.

The liver also plays a role in the regulation of fat in the blood through its manufacture of cholesterol, both the good (HDL) and bad (LDL) kinds. The optimal ratio of good and bad cholesterol is impaired with liver disease, and when added to nicotine’s ability to increase fat levels in the blood, creates a dangerous accumulation of blood fat. Excessive fat in the blood can have dire consequences, ranging from portal hypertension to heart attack to stroke.

Carcinogenic
Paramount to living with liver disease is learning to prevent its progression. One condition characteristic of end-stage liver disease is liver cancer. Chronic liver disease can change the function of the liver’s cells, reducing normal cellular regeneration and promoting the development of cancer.

What’s in there?
Considering the liver’s sensitivity to toxins, accumulation of fat in the blood and cancer-causing agents, it may be helpful to be familiar with the contents of cigarette smoke. Ron Harder, in his 2002 article, The Toxins in Cigarettes reveals 11 of the more than 4,000 chemical components of cigarettes:

1. Acetone – A flammable, colorless liquid used as a solvent. It’s one of the active ingredients in nail polish remover. The tobacco industry refuses to say how acetone gets into cigarettes.

2. Ammonia – A colorless, pungent gas. The tobacco industry says that it adds flavor, but scientists have discovered that ammonia helps you absorb more nicotine – keeping you hooked on smoking.

3. Arsenic – A silvery-white very poisonous chemical element. This deadly poison is used to make insecticides, and it is also used to kill gophers and rats.

4. Benzene – A flammable liquid obtained from coal tar and used as a solvent. This cancer-causing chemical is used to make everything from pesticides to detergent to gasoline.

5. Benzoapyrene – A yellow crystalline carcinogenic hydrocarbon found in coal tar and cigarette smoke. It’s one of the most potent cancer-causing chemicals in the world.

6. Butane – A hydrocarbon used as a fuel. Highly flammable butane is one of the key ingredients in gasoline.

7. Cadmium – A metallic chemical element used in alloys. This toxic metal causes damage to the liver, kidneys, and the brain; and stays in your body for years.

8. Formaldehyde – A colorless pungent gas used in solution as a disinfectant and preservative. It causes cancer; damages your lungs, skin and digestive system.
Embalmers use it to preserve dead bodies.

10. Propylene Glycol – A sweet hygroscopic viscous liquid used as antifreeze and as a solvent in brake fluid. The tobacco industry claims they add it to keep cheap “reconstituted tobacco” from drying out, but scientists say it aids in the delivery of nicotine (tobacco’s active drug) to the brain.

11. Turpentine – A colorless volatile oil. Turpentine is very toxic and is commonly used as paint thinner.

Burdening an already struggling liver with these chemicals can only lead a human body in one undesirable direction.

Considering the hard, straight facts of cigarette smoke and liver disease, a physician’s recommendation to extinguish all butts is not merely a suggestion, but an order. Understanding the many ways in which cigarette smoking speeds the progression of liver disease clarifies any question about quitting. Managing liver disease requires vigilance to supporting the liver in its duties as much as possible. So if you are a smoker with liver disease, choose to live by gathering up every resource to help you quit, and leave this nasty vice behind.