When it comes to managing high cholesterol, people no longer need to choose between heart health and liver health. 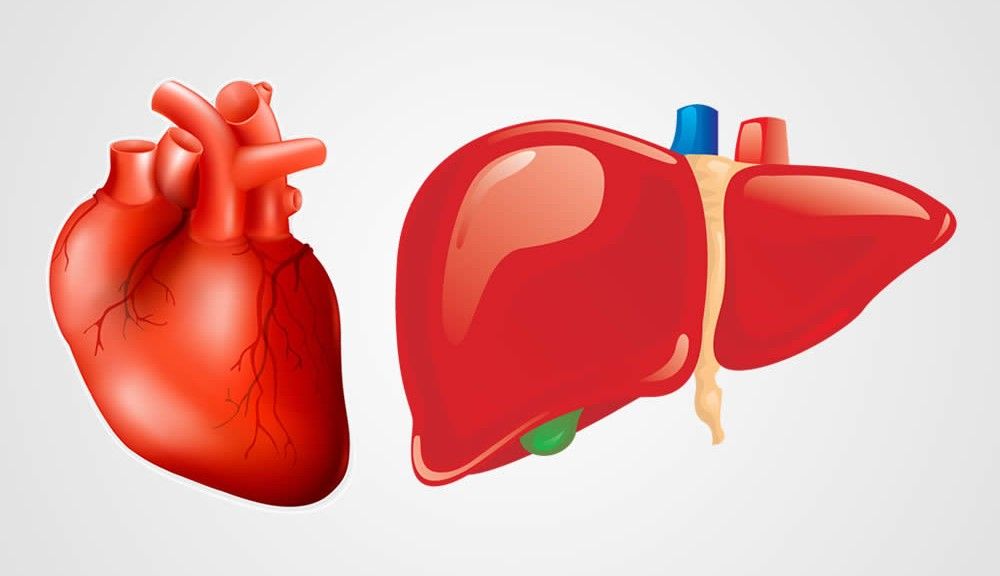 Many of today’s medications for high cholesterol pose safety concerns for the liver – and they may even be contraindicated for those with current liver disease. Especially problematic for those who have high cholesterol levels and a fatty liver (an extremely common combination), statins seem to require sacrificing one aspect of health for another. Thankfully, there is an all natural supplement that supports healthy cholesterol levels while also being friendly to the liver.

About Cholesterol
A waxy, fat-like substance made in the liver and other cells, cholesterol is necessary for the body to function properly. Cholesterol is needed for the digestion of dietary fats, the building of cell walls and the production of vitamins and hormones. While our bodies need a certain amount of cholesterol, too much contributes to various health problems.

Excessive cholesterol (hypercholesterolemia) leads to plaque (a thick, hard deposit) to build up in the arteries. The consequence is a narrower space available for blood to flow through. Over time, plaque buildup causes atherosclerosis (hardening of the arteries), which contributes to the development of heart disease and fatty liver disease.

Cholesterol travels through the blood attached to a protein; this cholesterol-protein package is called a lipoprotein. Lipoproteins are classified as high density, low density, or very low density, depending on how much protein there is in relation to fat.

•    Low density lipoproteins (LDL) – LDL is known as “bad” cholesterol, the kind that can build up as plaque on the walls of arteries. The more LDL there is in the blood, the greater the risk of heart disease.

•    High density lipoproteins (HDL) – HDL is known as “good” cholesterol, because it helps the body get rid of bad cholesterol in the blood. The more HDL there is in the bloodstream, the better. If HDL levels are low, the risk of heart disease increases.

•    Very low density lipoproteins (VLDL) – VLDL is similar to LDL cholesterol in that it contains mostly fat and not much protein.

•    Triglycerides – Triglycerides are carried in the blood by VLDLs. Excess calories, alcohol or sugar in the body are converted into triglycerides and stored in fat cells throughout the body.

Although the exact numbers may vary, blood fat levels that pose a cardiovascular risk include:

According to the American Heart Association:

•    More than 35 million of these people have total cholesterol levels of 240 mg/dL or higher, which puts them at high risk for heart disease.

Cholesterol Medications
While a healthy lifestyle is the first defense against high cholesterol, it is not always enough. Thus, many physicians prescribe cholesterol medications to either:

If lifestyle changes prove to be insufficient, statins are the first line of pharmaceutical treatment for hypercholesterolemia. By blocking the production of cholesterol in the liver, statins lower LDL and triglycerides while also having a mild effect of raising HDL. Unfortunately, liver damage is one of statins’ most problematic side effects. Popular statins include: Crestor, Lipitor, Lescol, Mevacor, Provachol and Zocor.

Aside from statins, the other types of cholesterol-lowering medications may also be harmful to the liver’s health. Although their liver implications do not appear to be as severe, statins’ effectiveness and general tolerability make them the most commonly prescribed cholesterol-lowering drugs.

Alternative Approach
Due to the need to manage hypercholesterolemia in those with liver disease, experts capitalized on nature’s high cholesterol inhibitors that are also supportive of the liver. Various, carefully thought out strategies merge in Clinical Cardio Care to naturally maintain healthy cholesterol levels while simultaneously supporting the liver’s health. A couple of Clinical Cardio Care’s key ingredients are described below:

1.    Oat Bran (Î²-Glucan) – As published in a 2011 edition of Nutrition Review, Canadian researchers investigated claims by the U.S. Food and Drug Administration and the United Kingdom’s Joint Health Claims Initiative that oat Î²-glucan reduces blood cholesterol levels. They found sufficient evidence that intake of oat Î²-glucan can reduce total cholesterol and LDL levels by 5 to 10 percent in those with normal and high cholesterol.

2.    Phytosterols – Phytosterols are natural substances in plants that are structurally similar to cholesterol, acting in the intestine to lower cholesterol absorption. As published in a 2004 edition of Current Opinion in Lipidology, American researchers found that phytosterols effectively reduce LDL when given as supplements.

3.    Allium Sativum (Garlic) – Although the use of garlic for cardiovascular health dates back for thousands of years, researchers only realized the mechanism responsible in the early part of this century. As published in the March 2001 edition of The Journal of Nutrition, American researchers found that the cholesterol-lowering capabilities of garlic stem from garlic’s inhibition of hepatic cholesterol synthesis.

Representing just three of over 15 natural ingredients in the Clinical Cardio Care formula shown to promote healthy cholesterol levels, oat Î²-glucan, phytosterols and allium are powerful substances in and of themselves.

Besides this formula’s ingredients not posing any harm to the liver, several of them also have a dual function of defending the liver. For example, vitamin C, grape seed and resveratrol are all potent antioxidants, substances that protect cells from damage. While there are heart specific advantages to these three substances, they also prevent oxidation – a process that inflicts injury on nearby cells. Thus, vitamin C, grape seed and resveratrol all help minimize oxidative damage to liver cells.