A toxin scare gone viral has many unnecessarily fretting over immediately using their car’s air conditioner. 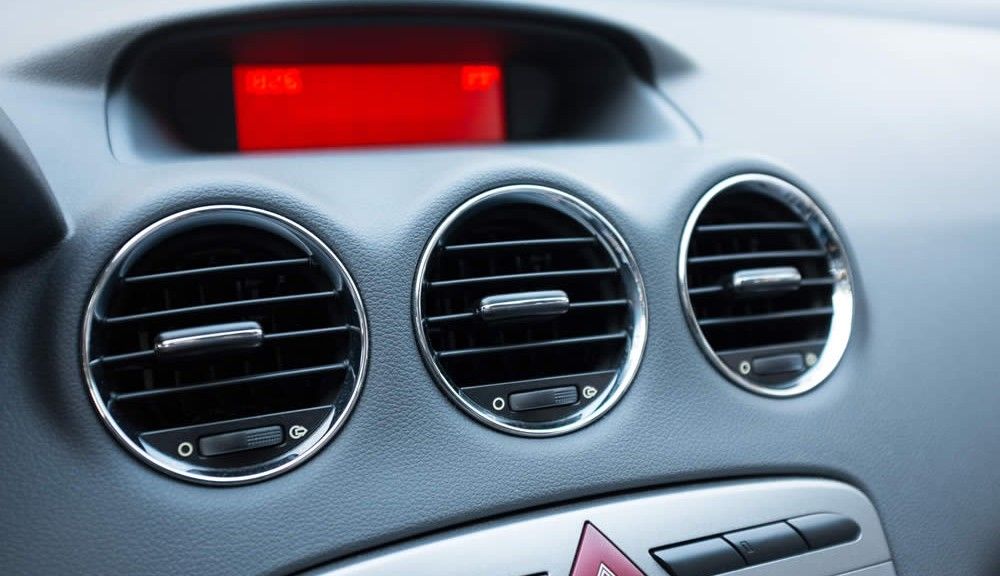 Reducing exposure to environmental toxins is a primary goal for the millions of Americans living with chronic liver disease. Of particular concern to those aiming to minimize their toxin load, heat accelerates the leaching of toxic chemicals out of synthetic materials into air, water and food. Thus, it comes as no surprise that many with liver disease are worried about the heat-induced release of toxins during this country’s recent sweltering summer. An email warning of toxins in hot cars has gone viral and is creating a mass paranoia in those who are concerned about toxic chemical exposure.

Although there are several variations, the email, instant message and Facebook posts involved read something like this:

Car air conditioner (A/C) – a MUST READ!!!
Please do NOT turn on A/C as soon as you enter the car.
Open the windows after you enter your car and turn on the A/C after a couple of minutes.
According to research, the car dashboard, upholstery and air freshener emit benzene, a cancer causing toxin.
In addition to affecting the kidneys and liver, causing miscarriages and cancer, benzene poisons your bones, causes anemia and reduces white blood cells.
Acceptable benzene level indoors is 50 mg per sq. ft.
A car parked indoors with windows closed will contain 400-800 mg of benzene.
If parked outdoors under the sun at a temperature above 60 degrees F, the benzene level goes up to 2000-4000 mg, 40 times the acceptable level.
People who get into the car, keeping windows closed will inevitably inhale, in quick succession excessive amounts of the toxin.
Please open the windows and door of your car – give time for the interior to air out and dispel the deadly stuff – before you enter and turn on the A/C.

Although there is a grain of truth to the hot car propaganda-spreading message, there is a deficiency of solid facts to bolster this warning. Four reasons to dismiss worries generated by this email are:

Despite these lapses in reason, those with chronic liver disease are right to be alerted to high levels of toxins in their environment. Known to cause a variety of health problems, benzene is a toxic chemical that can contribute to an overload of liver toxicity. Among the 20 most widely used chemicals in the United States, benzene is primarily utilized as a solvent (a substance that can dissolve or extract other substances) and as a starting material in making other chemicals. In the past it was also commonly used as a gasoline additive, but this use has been greatly reduced in recent decades. Benzene is also a natural part of crude oil, gasoline and cigarette smoke.

Especially in cities with known high air pollution levels, some benzene is to be expected in outdoor air due to automobile exhaust and industrial emissions. Thanks to vapors emitted by products such as glues, paints and furniture wax, higher levels of benzene can sometimes be found in indoor air, especially in new buildings. As such, it is logical that the materials inside of a car could release benzene when subjected to heat and enclosure.

Although not nearly as hazardous as the email in circulation makes it out to be, those with chronic liver disease may be concerned about the presence of benzene vapors inside their car. Per the email warning, this could spawn worry that turning on the vehicle’s air conditioner might exacerbate benzene exposure by re-circulating trapped, contaminated air. If that’s the case, there’s no harm done by opening car windows to ventilate before turning on the air conditioning.

For even greater peace of mind regarding minimizing benzene exposure, consider these steps to reduce exposure:

The email warning people to wait before turning on their air conditioner is not completely erroneous, but it is spreading unnecessary paranoia. Those with a compromised liver are advised to minimize their exposure to potentially harmful chemicals. Although ventilation is a generally healthful practice, chemicals inside of a car are much less of a toxic threat than cigarette smoke or exhaust fumes. Nonetheless, if you open your car door on a blazing hot day and detect an off-putting odor inside, by all means, open the windows to get some fresh air before turning on the A/C.

http://www.ncbi.nlm.nih.gov/pubmed/11329696, Personal exposure to benzene and the influence of attached and integral garages, Mann HS, et al, Retrieved July 8, 2012, The Journal of the Royal Society for the Promotion of Health, March 2001.