Data from a newly completed trial provides good news for those with advanced liver cancer. 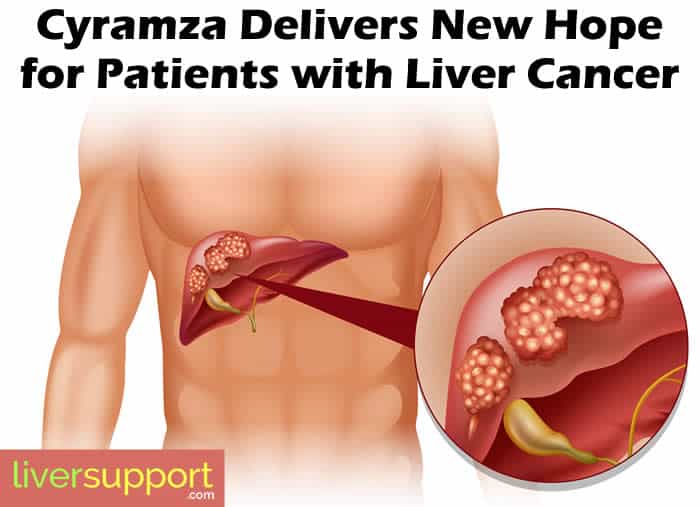 Hepatocellular carcinoma is the most common type of primary liver cancer and is the second leading cause of cancer-related death worldwide. Treatment for liver cancer is often ineffective, prompting pharmaceutical companies to question whether medications used for other types of cancer may be useful.

Eli Lilly and Company may have found a valuable contender upon announcing results of a Phase III study of Cyramza (ramucirumab).

Cyramza is a monoclonal antibody, a substance created in a lab to attach to the targets found on specific types of cancer cells. The antibody marks the immune system to attack the cell it is attached to, resulting in the immune system killing the cell. Cyramza is designed to inhibit the activity of vascular endothelial growth factor (VEGF). VEGF is a protein that stimulates blood vessel production. Because Cyramza blocks VEGF activity, it prevents the growth of new blood vessels to the cancerous tumor. Cyramza is currently approved by the Food and Drug Administration (FDA) for the treatment of advanced stomach cancer, colorectal cancer, and non-small-cell lung cancer.

Hepatocellular carcinoma is often diagnosed at a late stage and is known to be difficult to treat. Early-stage liver cancer may be treated with surgery or local chemotherapy. However, Nexavar (sorafenib) is the standard first-line therapy for more advanced cases. If treatment with Nexavar fails, expected survival is typically around three to five months.

According to the American Cancer Society, the five-year survival rates for the stages of liver cancer are:

Typically, survival rates are higher for people who undergo surgery to remove their cancer or receive a new organ:

About the Liver Cancer Trial

Eli Lilly’s REACH-2 trial tested Cyramza as a second-line treatment for people with hepatocellular carcinoma who had high levels of alpha-fetoprotein (AFP), a biomarker associated with poor prognosis. AFP is a protein produced by the fetal liver and by certain types of tumors. A level below 10 nanograms per milliliter is considered normal.

In this trial, the participants had AFP levels of at least 400 nanograms per milliliter. Elevated AFP levels are determined by a blood test and are utilized to screen for liver cancer. According to Eli Lilly, about half of those with advanced hepatocellular carcinoma have high AFP.

Some details of the study include:

Based on Lilly’s press release, Cyramza improved overall survival as well met the goal of a secondary endpoint of progression-free survival, meaning participants were still alive with no worsening of their disease. In addition, no new or unexpected adverse events occurred during the trial. According to Lilly senior vice president Levi Garraway, MD, “The expected survival of these patients is only a few months following first-line treatment if they don’t go onto second-line therapy. For this reason, Lilly is encouraged by the results of REACH-2 and the potential for Cyramza to benefit patients in this setting.”

Eli Lilly and Company indicated that it plans to request approval of Cyramza for hepatocellular carcinoma in mid-2018.

Specific details of the REACH-2 trial will emerge at an upcoming medical conference, but the hope for advanced cases of liver cancer is concrete. Because advanced hepatocellular carcinoma has such low survival rates, strategies to improve its treatment are welcomed. So far, the REACH-2 trial delivers great hope for liver cancer sufferers – and the medical community will be keeping a close eye on future Cyramza developments and approvals.