With new research pointing to coffee’s ability to minimize the advancement of liver disease, there’s even more reason for those with liver concerns to enjoy their favorite morning blend of brew. 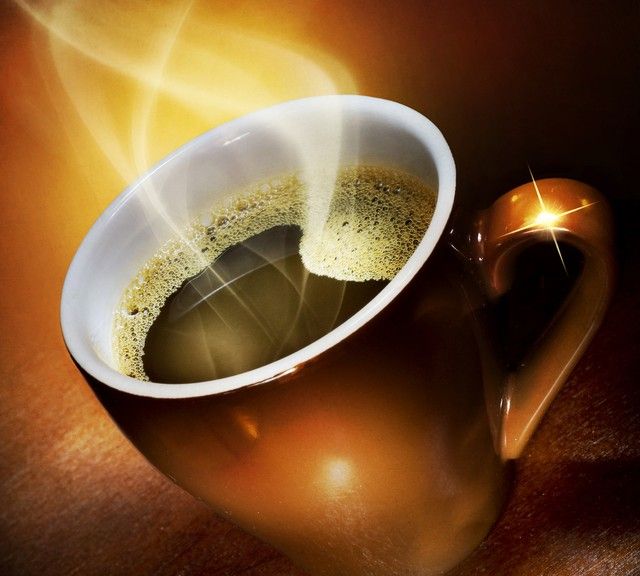 The healthcare community has done its fair share of investigating the effects of drinking coffee, and a subsequent array of health warnings and encouragements have been issued regarding its regular consumption.

Since the liver processes all that we ingest, people living with liver disease, including hepatitis, must be extra vigilant in watching everything entering their digestive system. Coffee is turning heads as a liver cancer and cirrhosis preventative. It has also been noted as a factor in reducing insulin resistance, a prominent liver disease risk factor. The keys to accentuate coffee’s benefits while avoiding any harm are to stay within moderation, be aware of conditions contraindicating its consumption, and be careful of what you add to your brew.

“Overall, the research shows that coffee is far more healthful than it is harmful,” says Tomas DePaulis, PhD, research scientist at Vanderbilt University’s Institute for Coffee Studies, which conducts its own medical research and tracks coffee studies from around the world. “For most people, very little bad comes from drinking it, but a lot of good.”

Liver Benefits
In a Japanese study, researchers looked at the association between coffee consumption and liver cancer among the middle-aged and elderly. Those who drank coffee daily, or close to it, had about half the risk of hepatocellular carcinoma (HCC), a type of liver cancer, than people who never drank coffee. Among daily coffee drinkers specifically, the liver cancer rate was over 200 cases per 100,000 people over 10 years. Among those who never drank coffee the rate rose to nearly 550 cases per 100,000 people. The more coffee consumed, the lower the HCC risk.

Based on data collected from more than 125,000 people, researchers from the Kaiser Permanente Medical Care Program in California recently reported a 22 percent daily reduction of liver cirrhosis risk from alcohol with each cup of coffee consumed. Hepatitis c and other liver disease can also cause cirrhosis. Study co-author, Dr. Arthur Klatsky reports that the study found coffee did not protect the liver against those other causes of scarring.

Several studies have demonstrated that drinking coffee lowers the liver enzyme GGT, especially among heavy alcohol drinkers. Although GGT is a relevant indicator of cirrhosis risk, the liver enzyme ALT is a more specific marker of liver injury. Several population-based surveys from Italy and Japan have found a similar inverse relationship between drinking coffee and ALT levels.

Diabetes Benefits
Type 2 diabetes and one of its precursors, insulin resistance, have been making headlines in various health reports as a leading cause of fatty liver disease. (Read the posted article, How to Prevent a Fatty Liver.) After analyzing data on 126,000 people for as long as 18 years, Harvard researchers calculated that compared to those who do not partake in America’s favorite morning drink, people who consume one to three cups of caffeinated coffee daily can reduce diabetes risk by up to 10%. Having six cups or more each day slashed men’s diabetes risk by 54% and women’s by 30% over java abstainers.

Possible Harm
As reported in the Harvard Women’s Health Watch, coffee is not completely devoid of risks. Caffeine, coffee’s main ingredient, is a mildly addictive stimulant with cardiovascular effects such as increased heart rate, increased blood pressure and occasional irregular heartbeat. Studies have been largely inconclusive regarding coffee and its effect on women’s health issues such as breast health, gynecological cancers and osteoporosis. Coffee has also been reported to aggravate previously existing gastrointestinal ulcers.

Researchers are quick to point out that caffeine is a drug, and can be abused if used in place of a good night’s rest or a healthy diet. We each have our own thresholds for caffeine. Most people can tolerate two cups of coffee each day without a problem. But any more than that may cause nervousness, rapid heartbeat, palpitations, sleeplessness and irritability. It can even lead to health problems such as osteoporosis or high blood pressure. Additionally, skipping your usual morning cup of joe can lead to a caffeine withdrawal headache.

Brew Additives
The greater risk of coffee consumption lies with the ingredients typically added to java. Creating a “light and sweet” drink carries an entirely separate set of hazards. Whipped cream, flavored syrups, half-and-half, sugar, sucralose and aspartame can contribute to diabetes, obesity, fatty liver disease and toxic liver reactions. Below are the statistics for a few common coffee additives:

If you prefer your coffee light and sweet, choose your additives wisely to support the healthful benefits offered by your beverage.

Putting it all Together
Individuals with pre-existing liver disease, or who are at high risk of its development, may want to think twice before sacrificing the enjoyment of a coffee ritual. While the proof of coffee reducing the risk of cirrhosis is limited to alcohol-related cirrhosis, its benefits transcend this one condition. In its entirety, this evidence supports coffee’s role in liver health. When selecting your beverage of choice, consider coffee’s ability to reduce insulin resistance, improve liver enzyme levels and prevent against liver cancer. As long as you do not harbor another risk factor to prohibit java consumption, proceed moderately and are conscious of the additives you chose, feel good about lifting your favorite cup in support of your liver’s health.

Are you taking coffee for that extra burst of energy in the morning? Learn more about an herbal supplement that is clinically proven to aid your body in creating more energy at the cellular level – without the use of stimulants.

www.mercola.com, Coffee May Prevent Liver Cancer: Should You Add it to Your Morning Routine?, Dr. Joseph Mercola, 2006.