Hone your awareness of liver scar progression, the importance of stopping its advancement and seven strategies to accomplish this goal. 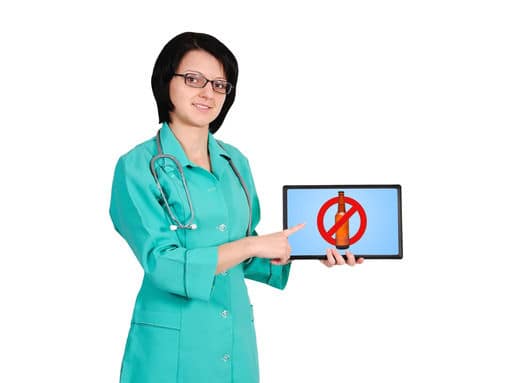 More than one in every four American adults has some form of chronic liver disease, a statistic that puts millions of people in jeopardy of progressive liver scarring. Although the various stages of liver scarring may not make the person affected feel any different, the health implications between the initial and later stages are dramatic. Taking care of your liver is beneficial for everybody, but is particularly valuable for those who already have chronic liver disease. As such, learn why it is so important to stop liver scarring from progressing. Then, take that knowledge a step further by incorporating seven liver inflammation prevention strategies into your daily schedule.

Chronic liver disease has many possible origins. Frequent culprits include infection with a virus like Hepatitis B or Hepatitis C, excessive fat accumulation, alcoholism, injury from chemicals or toxins or a problem with the immune system. Regardless of the type of liver disease a person has, the damage to their liver is likely to progress in a similar way.

Due to any number of physiological events that can harm liver cells, liver cell injury is a normal, daily occurrence. While a healthy liver can recover from cellular injury, a liver burdened by chronic disease may not have the same capability. The process of liver scarring typically occurs over time:

Reason to Stop Fibrosis from Advancing

The worse liver scarring gets, the more health problems a person endures. A report highlights this cause and effect, emphasizing the importance of stopping fibrosis from progressing. Reported in April of 2013 in the journal Hepatology, a study involving over 11,000 people from a large national survey compiled by the U.S. National Center for Health Statistics and the U.S. Centers for Disease Control and Prevention found that advanced fibrosis is tied to higher death rates from nonalcoholic fatty liver disease.

In this study, 34 percent of the participants had nonalcoholic fatty liver disease. Of these people, 72 percent did not have significant scarring or fibrosis; three percent had advanced fibrosis. According to the researchers findings:

While this study just looked at people with nonalcoholic fatty liver disease, there are plenty of other documents to support the understanding that progressive liver scarring diminishes health and reduces life span.

People with chronic liver disease may be primarily concerned with their disease, but are advised to also focus on keeping liver inflammation – and thus fibrosis progression – at bay. Luckily, the process by which the liver accumulates scar tissue is slow, and is reversible if caught early enough. Until a clear therapeutic protocol is established for preventing fibrosis progression, the seven lifestyle strategies described can help maintain the integrity of your remaining healthy liver cells.

http://www.sinomedresearch.org/hcv/articles/c7_fibrosis.htm, What is Liver Fibrosis and How is Different from Cirrhosis?, Retrieved April 28, 2013, Sinomed Research Institute, 2013.