Are you unclear of what your doctor tests to assess the health of your liver? You are not alone. Learn to understand the conclusions drawn from liver function tests so you aren’t left in the dark about your own diagnosis. 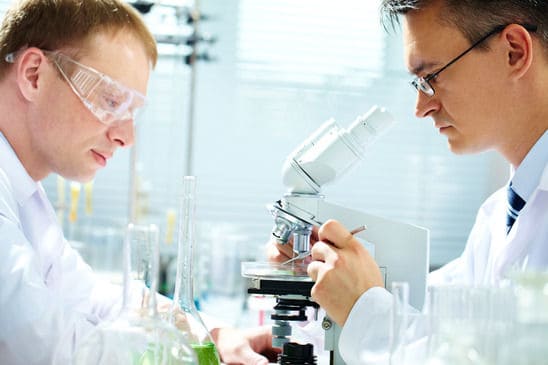 Liver blood tests are typically the first of a series of steps a physician takes to detect, evaluate and monitor the presence of liver disease or the extent of liver damage in a client. The jargon used to describe these tests includes liver panel, hepatic function test and liver function test (LFT). Since many people with early to moderate liver disease experience few, if any, symptoms, routine blood testing is often the first indication of a problem.

Some additional tests that may be included in a liver panel are:

While a guide to understanding the liver panel follows, it is important to understand only qualified medical practitioner can make a reliable diagnosis. Because liver disease can still be present despite blood tests reflecting normal results, liver function tests alone are insufficient for liver disease diagnosis. Since any test is only an indication of what is occurring at the exact time of the test, individual test results are not completely accurate. It is common practice to administer a liver panel on separate dates, especially if any results register outside the normal range.

ALT is an enzyme produced in liver cells. As liver cells are damaged, ALT leaks into the bloodstream. All types of hepatitis (viral, alcoholic, drug-induced, etc.) cause liver cell damage that can lead to ALT elevations. The ALT level is also increased in cases of liver cell death resulting from other causes, such as shock or drug toxicity.

While the level of ALT typically correlates with the degree of cell death or inflammation, only liver biopsy (or its equivalent) can accurately estimate the level of liver inflammation or cell death. Since the amount of ALT in the bloodstream is a direct quantitative measurement, this test cannot predict liver damage or disease progression. The normal ALT level range is between 5 and 60 IU/L (International Units per Liter).

AST is a mitochondrial enzyme that is present in the liver, heart, muscle, kidney and brain. In many cases of liver inflammation, the ALT and AST levels are elevated roughly in a 1:1 ratio. While AST is often viewed in comparison to ALT, a high AST level in the bloodstream may be a sign of liver trouble. The normal range for AST levels in the bloodstream is between 5 and 43 IU/L.

In addition to being present in many body tissues (intestines, kidneys, placenta, bones), ALP is a family of related enzymes produced in the bile ducts and sinusoidal membranes of the liver. A blockage in the bile duct will result in an elevation in ALP levels. In addition to cirrhosis and liver cancer, conditions such as primary biliary cirrhosis and sclerosing cholangitis will generally show a raised ALP. Abnormally high ALP can have many causes other than liver damage, including bone disease, congestive heart failure and hyperthyroidism. A rise in ALP levels can indicate liver trouble if GGT levels are also elevated. The normal range of ALP is between 30 and 115 IU/L.

Many diseases, including those of the liver, can cause elevated bilirubin levels. Bilirubin can leak from the liver into the bloodstream if the liver is damaged. When bilirubin builds up, it can cause jaundice – a yellowing of the eyes and skin, dark urine and light colored feces. The causes of abnormal bilirubin levels include:

Albumin is the primary protein made by the liver. While albumin is not the only protein synthesized by the liver, it is the most easily, reliably and inexpensively measured. Low albumin levels indicate the liver is not making protein and therefore, not functioning properly. Albumin levels are typically normal in chronic liver diseases until cirrhosis and/or liver damage is severe enough to inhibit protein production. Albumin levels can also be low in conditions such as malnutrition, some kidney diseases and other, more rare conditions. Albumin maintains the volume of blood in the veins and arteries. When albumin levels become very low, fluid can leak from blood vessels into nearby tissues, causing swelling in the feet and ankles. The normal albumin range is from 3.9 to 5.0 g/dl (grams/deciliter).

A total protein blood test measures albumin and all other proteins in blood, including antibodies that help fight off infection. Many different things can cause abnormally high or low protein levels. In addition to liver disease diagnosis, TP can help identify kidney disease, blood cancer, malnutrition or abnormal body swelling. Normal protein levels in the bloodstream range from 6.5 to 8.2 g/dl.

GGT is an enzyme produced in the liver and other tissues. It is often elevated in those who use alcohol or other toxic substances to excess. Elevations in GGT, along with elevations in ALP, suggest bile duct disease. Since the measurement of GGT is extremely sensitive, it may be elevated in those without liver disease. Raised GGT can often be seen in cases of fatty liver and where the patient consumes large amounts of the artificial sweetener, Aspartame. Obesity, primary biliary cirrhosis, heavy drinking, fatty liver, and certain medications or herbs that are toxic to the liver can cause GGT levels to rise beyond the normal range of 5 to 80 IU/L.

A PT test measures how much time it takes for a person’s blood to clot. Many factors necessary for blood clotting are made in the liver. When liver function is severely hampered, blood clotting factor synthesis and its secretion into the blood is diminished. A person with an abnormally long PT may be at risk for excessive bleeding. A longer PT can be caused by serious liver disease or:

The normal time needed for blood to clot is between 10 and 15 seconds.

While not sufficient for diagnosis or evaluation, a basic understanding of these liver panel components will take some of the mystery out of your liver panel lab results.

Editor’s Note: Normal blood test results are ranges, and such ranges can differ between medical institutions.