How the Owner of LiverSupport.com Overcame His Battle Fighting Fatigue and Depression, Caused By Liver Disease, With This Controversial Treatment 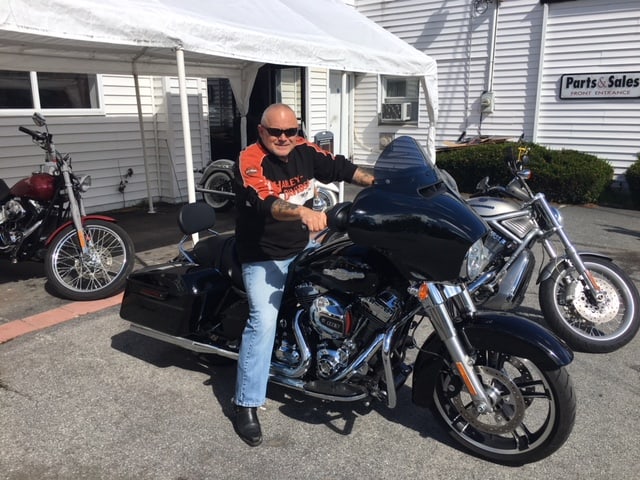 It was 1990 and Ron DeMara, a dedicated Harley Davidson Street Glide rider with tattoos decorating his muscular arms got a surprise that would transform his life FOREVER…

Ron has always been an easy-going, occasionally boisterous, native New Yorker. A self-described ‘gym rat’, he got a surprise during a routine doctor visit in 1990. He learned then that his liver enzymes were high.

Without having a clear idea of what that meant, Ron was told by his doctor not to worry about it. Although slightly disappointed that his bloodwork was imperfect, elevated liver enzymes didn’t seem to be a big deal in the ‘90s.

More than a decade after his high liver enzyme discovery, Ron realized he was exhausted and getting sick a majority of the time. Feeling increasingly distanced from his formerly strong and healthy self – he suspected something was amiss. Always struggling with a different cold or virus, Ron eventually chose to investigate his low immunity with a doctor.

After another round of blood tests in 2002 revealed high liver enzymes, Ron was finally diagnosed with Hepatitis C genotype 2b. A liver biopsy showed his liver fibrosis was in Stage 1.

The Initial Diagnosis Was DEVASTATING

Ron was flooded by questions. How long have I been infected with Hepatitis C? How did I get the virus? Did I unknowingly pass it to anyone else? Can I get rid of it? Will Hepatitis C do me permanent damage? What should I do next? 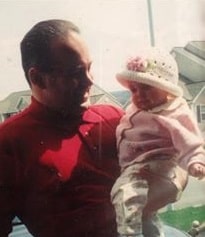 Recently married at 48 years old and a new homeowner with a young baby, Ron’s first reaction was to protect his family. Panic set in regarding his ability to transmit the virus. Luckily, his wife tested negative for Hepatitis C, and Ron made sure to isolate all of his personal care items that could possibly be tainted with his blood.

Although there is no way to know for sure, Ron thinks he acquired Hepatitis C from tattoos he got when he was 16 or 17 years old. A guy in his neighborhood did tattoos out of his house, before anyone knew about viral hepatitis. Ron remembered thinking, ‘If only I knew then what I know now’.

His instinct was to treat it immediately, hoping that the Hepatitis C bombshell that disrupted his life would vanish quickly. Especially because his doctor said that Hepatitis C genotype 2b was easy to cure, Ron began interferon treatment right away. Of course, in the early 2000s, antiviral treatment was a bigger challenge than Ron realized.

Unfortunately, he was only able to get through five to six weeks of treatment because he felt simply awful.

For The First Time Ever, Ron Was Unable To Get Out Of Bed

He wanted it to be night time all the time, and a dark cloud seemed to envelop him. Ron was diagnosed with clinical depression and removed from interferon treatment before he could begin week seven of therapy.

Distraught that he couldn’t get rid of his Hepatitis C, Ron kept looking for help. His assistant suggested looking into alternative medicine – which is controversial – because supplements are not FDA-approved. After a bit of research, they found a Chinese Herbal Medicine doctor in New York City that was having success with Hepatitis C patients. A consultation with this doctor implied that natural herbs would help him live a long, healthful life – yet would not cure his Hepatitis C.

Ron began a program using Chinese herbs costing $500 a month. The doctor manufactured his own herbal concoction that looked and tasted like rabbit turds. After just one month on these Chinese herbs, a blood test showed that it was working. Ron’s liver enzymes decreased and were close to normal!

After six months of taking costly herbal pellets, a friend shared that he was in a similar situation. Ron’s friend had Hepatitis C genotype 1a (a harder subtype to cure at the time) and he was receiving help from a different Chinese herbal doctor at half the price. To save $250 per month, Ron switched to the more affordable Chinese herbal doctor. He stayed on this supplement regimen for several years and felt pretty good, but a second biopsy in 2006 showed that his liver fibrosis had escalated to Stage 2.

Realizing that the Hepatitis C virus was still present and doing damage, Ron went back to researching his options and decided to re-try treatment under the guidance of Dr. Melissa Palmer, a liver specialist.

Dr. Palmer encouraged Ron to target the Hepatitis C virus, saying that she could get him through the recommended 26 weeks of interferon treatments. In 2008, Ron persevered through a daunting 16-17 weeks of interferon therapy before the flu-like and depressive side effects were too much.

Although Ron’s viral load disappeared after those 16 to 17 weeks on interferon, his viral load rebounded up to 3 million after just one month of stopping treatment.

Ron’s Fight With Hepatitis C Went On For Over 20 Years, But He Wasn’t Done Yet

Instead of succumbing to defeat by his most recent Hepatitis C treatment attempt, Ron adopted a positive attitude and his life changed course. He decided to wait for a drug other than interferon to be approved for Hepatitis C treatment, he returned to working out at the gym, he began an elaborate fruit and vegetable juicing routine, went back on the Chinese herbal supplements and chose to live as healthy a life as possible.

Professionally, Ron was a business broker – someone who unites sellers and buyers of businesses. At the end of 2008, Ron was introduced to a new seller, the owner of Natural Wellness and LiverSupport.com.

Natural Wellness is a company focused on helping people live healthier and more productive lives specializing in producing and selling high-quality supplements to people who have Hepatitis C and other liver problems.

This was Ron’s true calling because he was already so invested in taking supplements for his liver health, along with hepatitis C treatment.

Ron’s path crossing with Natural Wellness was not coincidence, as fate had purposefully thrown them together. Although Ron was initially trying to sell the company, he and his business partner decided to buy the business in 2009.

Upon learning about Natural Wellness’s game-changing products, Ron began taking their most potent milk thistle supplement, UltraThistle. He got blood work regularly while on UltraThistle – and his test results confirmed he was doing the right thing; his liver enzyme levels were normal.

Ron assumed that UltraThistle excelled at preventing liver inflammation. After taking UltraThistle for several years Ron had a 3rd biopsy and to his surprise, his biopsy results confirmed this – his score went back down to Stage 1 liver fibrosis. His liver was healing even though he still had the Hepatitis C virus, confirming that it worked as he thought.

Then Something Amazing Happened!

In 2014, improved drug regimens for treating Hepatitis C became reality. Ron jumped on board and completed an interferon-free round of treatment in 2014. Gilead’s Sovaldi cured Ron’s Hepatitis C in just 12 weeks, without the harsh side effects interferon had caused. Even though he didn’t feel sick during treatment with Sovaldi, Ron continued taking UltraThistle.

In keeping up with his desire to stay healthy and relatively lean, Ron wanted a way to simplify his time-consuming juicing routine that would support his liver. To fill this void, Ron helped Natural Wellness develop the UltraNourish line, meal replacement superfood protein shakes with greens that focuses on liver health; herbs like milk thistle to protect the liver, turmeric to reduce liver inflammation and probiotics for digestive health.

Ron says he loves drinking UltraNourish because in addition to taking care of his liver, it fills him up without giving him a bloated stomach.

Periodically, Ron still gets tested to see if his Hepatitis C has returned. Luckily, his viral load remains at zero. He no longer catches colds easily and his constant fatigue is a thing of the past. Nonetheless, his liver’s health is always on his mind. He knows that living with the Hepatitis C virus all those years damaged his liver so he does his best to support his liver’s health with the following:

Ron is admittedly not exactly a health-food guru; he’s just more conscious of what he eats. He knows he needs to watch his weight and care for his liver, especially because a fat belly can easily lead to a fatty liver. He has not completely abstained from alcohol. He will occasionally have a glass or two of wine or a margarita when going out to eat. But, he no longer binge drinks and always has his liver’s health on his mind.

Ron’s journey with Hepatitis C probably began when he was a teenager and persisted until he hit age 60, meaning that his liver had battled this virus for a majority of his life. Being aware of how lucky he is to have found ways to support his liver’s health and that he was able to beat the virus, Ron no longer takes his health for granted.

He never forgets his supplements and looks forward to going to the gym. He finds new, tasty ways to prepare UltraNourish and is always aware of his food choices. A younger Ron might have grabbed a bag of potato chips for a snack. But the older, more aware Ron would rather eat a bean and chicken salad. He knows he will feel better, ingest fewer calories, and feel more full.

Just because he is cured of Hepatitis C, Ron does not endorse going out and partying every night. He does not condone drinking alcohol, but his occasional alcohol consumption is an honest glimpse into how he lives his life.

Ron’s wish for those reading about his life is that those with this virus do not give up hope. The new medications are far better than earlier Hepatitis C treatment was. In addition, knowing how to care for your liver’s health can make the difference between feeling awful and feeling great.

You don’t have to be an Olympic athlete or health food nut to reduce your liver enzymes and help the liver heal. You just need awareness and a desire to feel good to achieve the same level of success that Ron DeMara has reached.